Can bone spurs grow back? 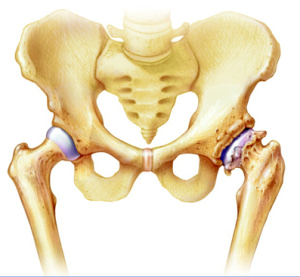 Three years after an accident, this patient is concerned with a bone spur he had removed from his hip. A bone spur, also known as osteophyte, is an outgrowth of bone that can occur along the edges of a bone.

In 2006 I was in a car wreck which caused a dislocated hip, broken femur, several broken ribs and a few other small injuries. I’ve been in chronic pain pretty much since 2006. I had a bone spur removed from my injured hip 3 years ago. Would it have grown back/reformed in 3 years? I’m having the same pains as I did before I had it removed.

It is doubtful that the spurs have regrown in that short of a time.  My concern would be if there are changes of avascular necrosis – loss of blood supply – to the ball of the hip. A dislocated hip can lead to that problem, which can then lead to arthritic changes in the hip.  X-rays of the hip can answer these questions.