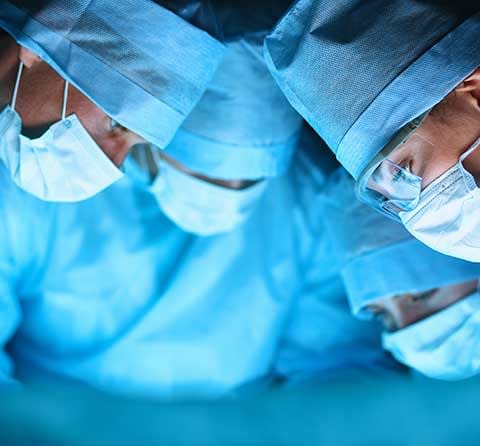 The first truly successful arthroscope was released in 1958 and was developed by Dr. Watanabe in Japan. It was brought to North America by Dr. Robert Jackson in the 1960’s. Development of arthroscopy was rapidly developed over the next few years in the United States, and in 1982 the Arthroscopy Association of North America was founded. It is the largest such assosciation in the world.

Early arthroscopes had a light bulb at the end of the scope, but it was the development of fiberoptics in the arthroscope that led to this instrument being able to be used successfully.

The most commonly used fiberoptic arthroscope for knee and shoulder surgery is a 4.0 mm scope that has a 30° angle at the end which allows the scope to be rotated to provide a much wider viewing area.

The small size of the scope allows it to be used to see areas of the knee and shoulder which are normally not able to be visualized with open procedures. Small knives and cutting instruments and clamps are able to be used through punctures to perform arthroscopic surgery.

Basically, the arthroscope allows visualization in joints to diagnose the cause of a patient’s symptoms. The outcomes of treatment depend on what is wrong with the joint that is being visualized. The scope itself is not used for treatment. It allows visualization of abnormalities, and it depends on what these abnormalities are whether successful debridement or repair can be done to alleviate the symptoms. Its primary advantage is that diagnosis and treatment can be done with minimally invasive procedures, and usually can be done in an outpatient operating room.

Pain postoperatively and through rehabilitation is controlled, in most cases, with oral pain medication. Advanced arthroscopic surgery procedures continue to evolve. Certain conditions that could only be treated by open incisions are sometimes now able to be treated arthroscopically.